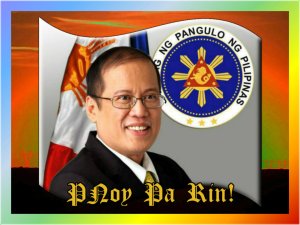 EXCUSE ME General Ramos??? We are both ex-military men. The only difference is you studied in the U.S. and went back to the Philippines and served the dictator Marcos. While I served the United States Military as a Filipino-American, just like12,,000 Fil-Am servicemen and women who fought in Iraq and Afghanistan.

Sir, can you name me one American or Filipino President who has seen or GONE THROUGH this POLITICAL and CULTURAL CIRCUS that President Aquino is experiencing for the DEATHS in BATTLE of 44 Police officers???? Men KILLED in the line of duty, legally, and part of their sworn duty to serve their country !

UNBELIEVABLE COUNTRY ! Thousands of Fil-Am military officers and enlisted, both veterans and current who follow these events are almost in Disbelief and Shock at how the Philippines, in particular,Filipinos and families of the Dead SAF officers have BEHAVED in their Uncalled, Unjustified attacks on Aquino. Anak ng Tupa ! A President, especially a Straight, Honest, Strong, Effective President that this pitiful poor, corrupt nation has NEVER SEEN BEFORE, is being Attacked and Forced to resign over 44 policemen who died in enemy lines ??????!!!!!!

Sir, over 50 proud American soldiers DIED EVERY SINGLE MONTH for 13 LONG YEARS serving their country in Irag and Afghanistan !!! More young americans DIED in one freekin month than the SAF 44 ! Close to 1,500 american military have DIED in Friendly Fire from fellow US soldiers in that SAME PERIOD because of MAJOR MISTAKES, MISHAPS, ERROR in JUDGEMENTS by officers and high ranking officials……DID YOU EVER HEAR AMERICANS WHINE, CRY, SCREAM, INSULT, and ATTACK their Commander in Chief ??? NO !!!!!

Buwan Buwan PATAY for close to 14 years ! including over 120 Fil-Ams dead over 13 years ! NOT ONCE, NOT ONCE did you see Americans Go Nuts and ASK President Bush or Obama to resign or be impeached !!! Thousands of Vietnamese soldiers and police were sent blindly to FIGHT the GIANT China 25 years ago. For 3 weeks, hundreds of Vietnamese DIED and l hundred Chinese killed. Do they CRY and GO NUTS over that ???

Finally, after all these years, naka produce din ang mga bobontante ng isang matinong Presidente na wala sa katawan, sa utak, sa buto na Magnakaw or Mang abuso na mga kababayan.. Tapos binabanatan at sinisira ang lahat ng magagandang nangyayari. Sabi nga ng isang high ranking american Naval officer who has been to the Philippines many times and is married to a Filipino-American… ” Many Filipinos Do Not Seem to Comprehend or Understand the Damage that they KEEP REPEATING over and over again to their very own country. They Cannot seem to Decipher between what’s more important vs. what’s not. They cannot seem to SEE BEYOND TODAY, they never seem to WEIGH the Long Term effects and the dramatic damage their actions today will do for tomorrow.

To even MAKE a NATIONAL MOCKERY of their President and even attempt to Remove him from office OVER the DEATH of 44 men in uniform who are killed in a gun battle in enemy lines is UNHEARD of in ANY MODERN country or even a poor nation for that matter. To have the Habit of wanting to Forceably REMOVE every single President from office AFTER making a decision to elect him or her is a SICKNESS of a society that has been battered, victimized, and repeatedly hoodwinked and Bamboozled by so many Corrupt Politicans than THEY CANNOT SEE or RECOGNIZE an Honest, Straight, Good for the country President anymore. Its no different than a repeatedly Abused woman by many men. She truly believes that ALL MEN are abusive and if she ever finds a good man, she will find a WAY, ANY WHICH WAY, find Fault in that good man and once again Play Victim and REINFORCE her belief that All men are abusive.

He ends by saying, the Philippines will never be a Singapore, a South Korea, a Taiwan, and definitely not a Japan, because Filipinos as a whole have ABSOLUTELY No Discipline, No Long Term outlook, No TRUE LOVE for their country, and Allow themselves to be manipulated by the few but powerful forces in their society. And MOST IMPORTANT of ALL, Filipinos have a MUCH LARGER POOR, UNEDUCATED and IGNORANT population compared to its Wealthy Asian neighbors. And that is FATAL in a Free Democratic society when the MAJORITY CLASS who votes for people into power are POOR, UNEDUCATED, and IGNORANT. They are repeatedly manipulated and distracted by Non-Relevant issues to TAKE THE FOCUS away from the REAL KEY ISSUES !

He also rightly observes that of all the Asian countries he has been to in tour, Filipinos have the LEAST appreciation or even Pride of their ancestors and heritage. While the Chinese, the Japanese, and the Korean proudly and HOLD SACRED their ancestors as part of their Identity, Filipinos have a serious indentity crisis ! Millions even make fun of their Native AETA tribes who are their real true ancestors.

The 300 years of being brainwashed that European and Non-Filipino culture is superior and better, and seeing these primitive, dark ancestors is nothing to be proud of.. While the Japanese and Chinese celebrate their ancestors with so much pride. In other words, WHAT A NATION !!!! They will elect Binay in 2016 and spend 2018-2022 trying to REMOVE him after they FINALLY discover that they are the 2nd coming of the Marcos family !

The 3 MAJOR AREAS that hurts PNOY BECAUSE he is different, according to US State Dept. insiders among the ” Corrupt Filipino politicians and the Bobotante voters of the Philippines. PNOY is disliked by the corrupt businessmen, corrupt politicians, and ignorant Bobotantes who are mostly the uneducated BECAUSE according the Inside reports from Foreign observers and 100% in agreement from many Fil-Am military who still keep in touch with happenings in Manila.

ONE, Pnoy is hated by 99% of all corrupt politicians and corrupt businessmen BECAUSE PNOY is the ONLY Filipino President ( other than his very own mother Cory) in modern times who Does NOT Play ball when it comes to Corruption regardless if its Big or Small. Hindi mo siya ma susulsulan when it comes to wealth, riches, and more power. PNOy is a different breed than 95% of all Filipino politicians who are corrupt.

TWO, PNOY is called Privately by US State Dept. observers as a ” NO DRAMA PHILIPPINE President”. Pnoy has never seen, believed, or practiced the Need to Engaged in a Public Display of putting a SHOW and DRAMA like Jojo Binay, Imelda Marcos, Erap Estrada, Jinggoy Estrada, Miriam Santiago, Bong Revilla, GMA , Nancy and 95% of ALL Filipino Politicians who LIKE to PLAY the role of PA-IYAK IYAK, PABAIT-BAIT, PA-AWA AWA, PA MACHO MACHO, etc etc. Pnoy is NOT your typical PLASTIC politician, many of them HYPOCRITES! This personality was in full display during SAF visiting with families of victims. If Imelda was still first lady, we would have all seen Gallons of tears from Imelda. If Erap was President, he would have been HUGGING all these families in front of the camera and would then make statement on national TV and do an MACHO speech calling for REVENGE and All Out War.

THREE, PNOY is simply a good person who does NOT abuse, initimidate , threatenhis enemies, If we were under Marcos, Erap, Ramos or GMA, HINDI puwede yung ibang personal attacks at banat ng mga politiko at kritiko ng Presidente. Or the behavior of the family members of the SAF would have NEVER been tolerated under Marcos or even Erap. They would have been immediately threatened PRIVATELY and that’s the end of their drama! Si Erap nga, Nakunan lang ng Video sa Casino, the man who took the photo would NEVER EVER BE SEEN EVER AGAIN in this earth !!!!!

Do you know what I find AMAZING as an Ex-military man??? You see the VERY SAME CRITICS in this Inquirer who CALLED President Aquino a COWARD for not fighting China, to be the VERY SAME PEOPLE who are NOW CRYING, SCREAMING, GOING NUTS over 44 dead Filipino policemen who perished in battle. Kung 44 pa lang, IYAK na KAYO ng IYAK, ano pa kaya kung yung DUWAG kamong Presidente ay lumaban sa China as you said he should !!!

Alam ninyo ba that LITERALLY in the THOUSANDS of FILIPINOS would DIE within 72 HOURS if China ever decided to Attack the Philippines !!!! And Manila and the Philippine Government would FALL to CHINA in days, not even one week !!! Tapos tatawagin ninyong duwag ang Presidente ninyo, tapos sa 44 pa lang, HUMAHAGULGOL na kayo !!!! Mayroon pa kayong pa ” he should say sorry” !!! Sorry to who?? To you???

What a group of people ! Kayo ang sumisira sa Pilipinas ! You cannot even SEE, RECOGNIZE a GOOD PRESIDENT when you see one. Hindi bale, you deserve what’s coming in 2016 !

To Filipinos who still believe and support your President, NOW is the time to Speak up before it’s too late ! The entire Economic Progress and Fight against Corruption and Powerful Plunderers that started in 2010 , has now been OVERSHADOWED, DISTRACTED by ABSOLUTE NONESENSE, IRRELEVANT POLITICAL MANEUVERING by a powerful COMBINATION of the UNEDUCATED and IGNORANT combined with the EDUCATED yet ENGGOT group. Mga walang kahit na anong pakialam for what will happen to this country 2,3, 5, 10 years from now !

They would RATHER continue to LIVE and DIE in a poor, corrupt nation DAHIL they are having fun right now attacking their President because of 44 Police officers as their EXCUSE ! Hindi si Pnoy ang kawawa dito !!!! KAYO ang kawawa !

PNOY is PNOY! He will be okay no matter what! It’s the Millions upon Millions of poor, lower income, middle class and millions of OFW families who will NEVER SEE DAYLIGHT in their lifetime BECAUSE they ALLOWED themselves to WASTE PRECIOUS TIME being DISTRACTED by ISSUES that will NEVER do anything for them today or tomorrow !