After two years and four months of painstaking work, the new image of San Pascual Baylon Han Guinarona is finally ready for unveiling and blessing. Movie, TV actor and sculptor, Leandro Baldemor, has done a magnificent job of sculpting the image and given it life and vibrance very fitting to the miraculous saint. The unveil and blessing is slated for October 17 in Paete, Laguna. 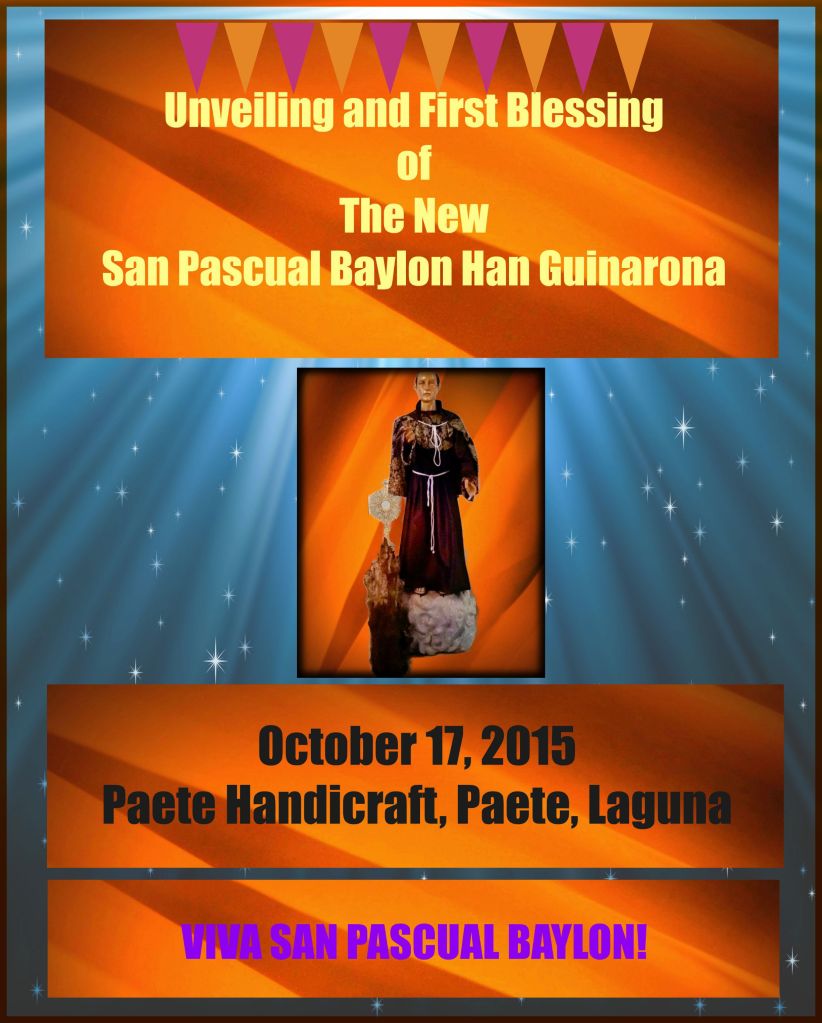 A concession to the century old image of San Pascual, which was lost in June 2010, is the provision of a century old driftwood on top of which is the Eucharist. The image is free standing as opposed to the kneeling figure of the old image, and is patterned after that of Basilica San Pascual Baylon in Vila-real, Spain. Including its base of clouds and angels, the image’s height is seven feet and five inches. 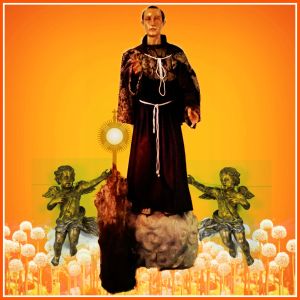 Contingents of Guinaronanhons will grace the affair, headed by Guinarona parish priest, Rev. Fr. Ronilo Barreda, who will also officiate the unveil and blessing. Later on, the image will set sail for enshrinement at the Guinarona San Pascual Baylon Parish Church, Leyte. Meanwhile, the church is being renovated through the generous support and donation by the United States Conference of Catholic Bishops as coursed through the Archdiocese of Palo

The An Kauswagan Han Guinaronanhon, Inc is spearheading the event, which includes the Holy Mass, Unveil and brunch.  In May 2013, the organization was also instrumental in bringing to Guinarona the bone relic of San Pascual from Vila-real Spain. 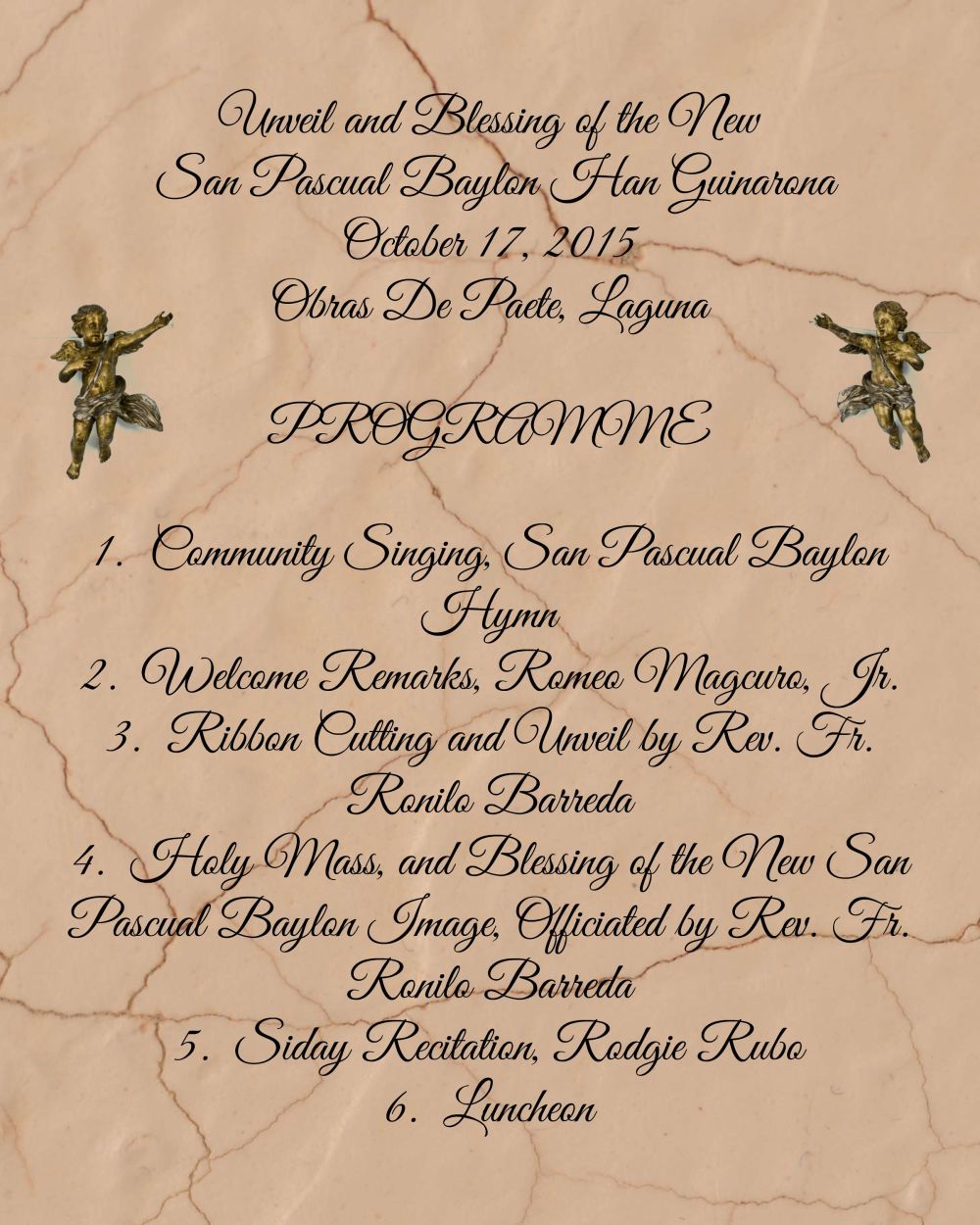